Book your seat to watch England take on the World Netball Champs! 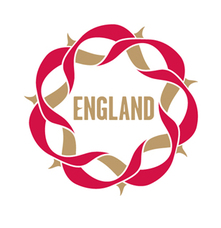 England Netball is delighted to confirm the on-sale dates for the International Series between England and Australia in January 2013. This will be the first time in three years that the reigning World Champions have made their way to our shores, a Series in which we recorded our first ever win over the Diamonds.

The opening clash takes place at the University of Bath on Sunday 20th January, the second match at Wembley Arena on the 23rd February and the final stop will be at the National Indoor Arena in Birmingham on Saturday 26th January. The Midlands have been a popular stop for England recently with wins against Jamaica and Barbados both witnessed in our second city earlier this year. Ticket prices are as follows:

The parent for a pound offer will apply for a short time frame and there will also be the chance to snap up an early bird offer and get 50% of your match ticket, although this will again be for a limited time.

Unfortunately, due to unforeseen circumstances Netball New Zealand have regrettably postponed their visit. Therefore, the matches against the Diamonds will be your only chance to watch England in January and, as we expect phenomenal demand for tickets, England Netball suggest booking early to avoid disappointment.

Please be aware that booking fees may apply to any and all of your purchases.

Please Note: England Netball members cannot purchase tickets at membership prices online. To take advantage of the offer for membership tickets please call the relative box office number above . If you book online you may be charged the full ticket price. You cannot be guaranteed the opportunity to be entitled to any other ticket promotion offer for this match if you book online.